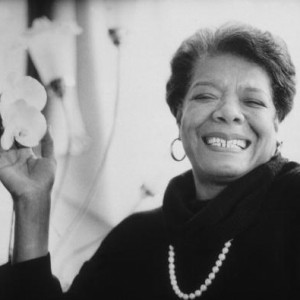 Angelou led one of the fullest and most adventurous lives of any writer around, so its no great surprise that beneath that august stature, lies ahem, an eventful matrimonial history.  The record isn’t clear about whether she has married twice or thrice. Her first marriage to a greek sailor in 1951 ended after three years.  Her most recent marriage to a British carpenter/poet Paul de Feu lasted seven years.

“Stepping onto a brand-new path is difficult, but not more difficult than remaining in a situation that does not nurture the whole woman.”