These twelve women made their way to the film director’s chair–some climbed the rungs of the Hollywood ladder, while others came of age in more remote corners of the world.   All of them left behind one marriage, and sometimes two, before becoming the accomplished sages they are today.

Can you name them? 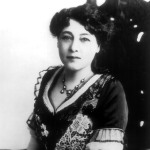 French-born Alice Guy-Blaché (1873-1968) was the first female film director and first female movie studio owner. In 1906, when her cameraman became too sick to work,  she hired Herbert Blaché  to work on a film she was making in the south of France. By the end of the year they were engaged. Her film House Divided (1913), shot in her own studio in the United States, is considered by some film historians to be the first American film with a detailed plot.  The film, about a couple whose marriage is tested by several misunderstandings foreshadowed her own marital crisis.  Young actresses apparently found her husband appealing and in 1918, he ran off with one of them to California. In the early 1920s, she divorced Blaché after thirteen years of marriage. According to Barbra Streisand it was Guy-Blaché who “invented the director’s job.”

Ida Lupino (1918-1995), born in London, became the first actress to write, direct and produce her own films. Considered a trailblazer for women filmmakers, Lupino was married and divorced three times, first to actor Louis Hayward,  then to writer Collier Young, with whom she formed the her film company, and finally to actor Howard Duff, the father of her child. The Independent writes  “with a mink thrust over her shoulder-pads and an orchid in her hair, Ida Lupino made it clear – in a silky, querulous voice – that she resented living in a man’s world.” 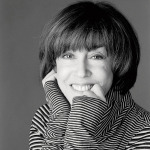 Nora Ephron (1941-2012),  a native New Yorker, and  three-time Academy Award nominee, excelled at making marriage –and divorce –a subject of comedy.  “The desire to get married is a basic and primal instinct in women; it’s followed by another basic and primal instinct: the desire to be single again,”  she famously said. Her second marriage to Carl Bernstein fell apart after he had an affair with an ambassador’s wife, which provided fertile material for the philandering husband in her 1983 novel Heartburn. Ms. Ephron later said that it was impossible not to write about that marriage, telling The Post that “although it was the most awful thing I’ve ever been through . . . it was by far the most interesting.” For the last twenty years of her life, she was married the writer Nicholas Pileggi. 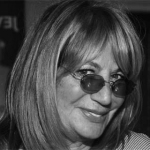 Bronx-born Penny Marshall (b. 1943) was the first female director to gross more than $100 million at the box office when her movie “Big” (1988) debuted. While attending the University of New Mexico, she dropped out of school to marry a football player. They divorced, and she moved to Los Angeles with their daughter. She began acting, often in shows her brother Garry had written, namely The Odd Couple and later Happy Days. She married actor and director Rob Reiner in 1971 who adopted her daughter. Eight years later, as her career took off with the hit Laverne and Shirley and his did not, they ended up divorcing.   “I want you to laugh and cry,” Marshall says, “that’s what I do.” 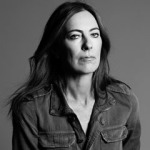 Kathryn Bigelow (b. 1951) was not only the first woman to win an Academy Award for best director  (The Hurt Locker 2009), but she achieved that honor while running against her ex-husband James Cameron (Avatar) for both best director and best picture.  Bigelow beat him out, winning both awards. Her ex, who has been married multiple times, was apparently a good sport; he pretended to strangle Bigelow before giving her a hug. She once said, “Perhaps the only thing in my favor is that I am very tenacious. I don’t take ‘no’ very well.” 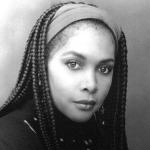 New York native Julie Dash (b. 1952) wrote and directed Daughters of the Dust, the first full-length film by an African-American that enjoyed wide theatrical release. Her husband at the time, the cinematographer Arthur Jafa, worked with her on the film, which came out in 1992. The New York Times says, “For all its harsh allusions to slavery and hardship, the film is an extended, wildly lyrical meditation on the power of African cultural iconography.. and the spiritual resilience of  women.” Says Dash, “I like to see strong women, but I like to see strong, interesting women… who are at a pivotal moment in their lives.” 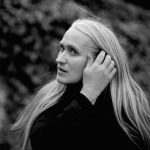 Jane Campion (b. 1954), a New Zealander by birth, was the first female director to win the Pomme d’Or for her haunting film The Piano.  She married Colin Englert, her second unit director on the film in 1992,  but they divorced nine years later.   She told a  journalist that “around my 50s, I finally felt free; there’s definitely the genius of menopause” (read Men-on-Pause).  Her fascination with women of a certain age led her to make the  television mini-series Top of the Lake in 2013, which portrays a complicated female guru and a group of middle aged women  living in the wilderness. ” I’m really curious about these women – obviously being one myself – and the sort of fear of being outside of it but also the freedom that comes from being over that edge.” 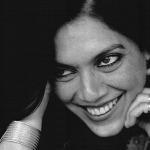 Mira Nair (b. 1957), was born in a tiny town in India and educated at Delhi and later at Harvard. While at Harvard, she met the photographer Mitch Epstein, who encouraged her movie-making ambitions. Her best-known films, Salaam Bombay and Mississippi Masala portray stories of extreme outsiders. “I often find those that are considered to be on the outside extremely inspiring.”  Nair and Epstein divorced  in 1981. She later married Hehmood Mamdani, a professor at Columbia University. ”What is really important to me is a sense of humor and a mischief about life,” Nair says. ” Life is just too boring otherwise.” 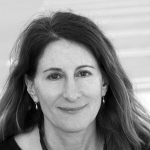 Nicole Holofcener (b. 1960) was born in New York City and grew up largely on the set of  Woody Allen films where her stepfather was a producer.   Her first feature, Walking and Talking chronicles the strengths and foibles of a group of single working women. Her later film, Friends with Money,  explores the tensions of married life, and her recent film, Enough Said, tackles life after divorce -specifically the challenges of dating and parenting. Married in 1993 to Benjamin Allanoff, she had two sons before they divorced a decade later.  Her  comedy tends to highlight the way adults, despite their accomplishments or high-minded ideals,  harbor the same  insecurities as anxious teenagers. In her words, she says “that I can care about the size of my ass and something else really important doesn’t mean I’m shallow.” 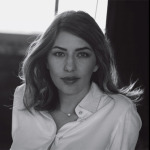 Sofia Coppola (b. 1971)  the youngest child of  Francis Ford Coppola grew up in New York City. In 2003, her second feature, Lost in Translation was nominated for three Academy Awards, including Best Director; and won for Best Original Screenplay. When she wrote the film, she was married to director Spike Jonze, and in many respects the movie’s main character  reflects Coppola’s  real life struggles in her marriage to Jonze. The couple divorced in 2003.  Three years later, she married Phoenix frontman Thomas Mars with whom she has two daughters. ”It seems that the greatest difficulty is to find the end,” she says. “Don’t try to find it.  It’s there already.” 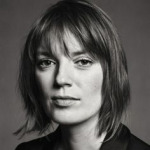 Canadian born Sarah Polley (b. 1979) was first a child actress and then an indie darling for her roles in films like My Life Without Me and The Sweet Hereafter.  In 1991 she began directing films and her first feature “Away From Her,” was nominated for an Oscar for best adapted screenplay. Her courageous documentary The Stories We Tell which debuted in 2012, explores her own family secrets, outing her parents challenged marriage and her mother’s affair with Polley’s actual father who she discovers and ultimately meets during the making of the film.  From 2003 to 2008 Polley was married to Canadian film editor David Wharnsby.  In 2011, she married a Canadian law researcher named David Sandomierski with whom she just had her second child.  The theme of extra-marital attraction comes up in several of her movies.  She says, “You can fall in love with yourself through someone else’s eyes for a little while; then you see yourself as you really are again and it’s sort of devastating.” 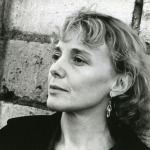 Claire Denis (b. 1946), born in Paris, was raised in colonial French Africa, which provided rich material for her movies. Her first feature Chocolat, which debuted in 1988 to great acclaim when she was in her 40s, explored a French family’s complicated relationship with their Cameroonian houseboy, Protée.  Married in her teens to escape her family, Denis divorced a few years later.  She got her start in film by helping Wim Wenders and Jim Jarmusch.  Film, she told the New York Times, offered “a different world, a place to hide.”  When asked if her film career came at the cost of her personal happiness, she said, “Truly, I cherish those moments when I am filming…for me there is no sacrifice.”