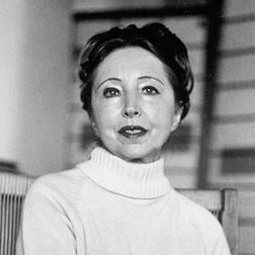 Anais Nin first married at age 20 to a banker with artistic ambitions named Hugo Guiler.  The following year they moved to Paris where Nin’s world expanded exponentially to include many of the famous artists and writers who haunted Paris in the 1920’s. She had a passionate affair with Henry Miller, but perhaps, because it was France, this didn’t seem to cause many waves in her marriage.  Things did get more complicated when they returned to the US, however, where  at age 44, she met, fell in love with and married a man named Rupert Pole.  Nin might not even belong in this group, since she  never actually went through a divorce.  Instead, she kept two husbands. This  necessitated an elaborate charade that she called “her bi-coastal trapeze,” in which she shuttled back and forth between Pole in Los Angeles and Guiler  in New York City, claiming to love both.  Because she could not say no to either of them, she avoided confrontation through a wildly complicated system of untruths.  She called it her lie box, and she managed to keep it up for almost three decades, until tax laws finally outed her and she was forced to annull her marriage to Pole. That didn’t stop them from living together happily until her death at age 73.